So you find yourself on a grass pitch, wearing old studs and the pitch is as level as the surface of a rice pudding. Here are some tips on playing well.

Your local sports club or school take to field hockey like a cat to water. They provide old sticks, nets and several hard plastic balls. To make matters worse, the field, though trimmed is uneven to say the least. In fact you’re sure there’s a 10 degree angle.

You’re used to playing a few miles away on Astroturf or a blue synthetic turf pitch with the town’s go to field hockey club. But you like this new challenge and after all the other players face the same grass pitch as you.

How are you going to go to head of the class and become the day’s head hockey honcho? The key factor is to get used to the pitch quickly. Run several lengths twisting and dribbling with the ball. If you’re wearing studs or cleats practice sharply turning and sprinting. You’ll probably have to push and flick harder on a grass pitch. The ball will bounce differently and more unpredictably on an uneven grass pitch. Get up to speed quickly.

You will probably be playing at a slower speed due to drag on the ball. The ball will spin more often and nooks can change the trajectory. When the ball finally does land at your hook you’ll need to hit it harder than usual. It may be a good idea to practice some forearm weights if this pitch is going to be a common occurrence.

With artificial turf you’ll be able to think each manoeuvre through as the level playing field will be more predictable. On the divoted grass pitch it will be an old fashioned game of rough and tumble. But persist with trying to show good quality skills. It might be that flash of excellence that you’ve learned before hand that wins the game.

Try to hit the ball in it’s center to prevent forward spin or back spin. The grass will divert it haphazardly anyway and any more spin than is necessary will ruin your pass or shot. For players who haven’t played the game before advise them artificial pitches are better so they shouldn’t dislike it.

The ball will be easier to hit, skills will be easier to undertake and shooting
will be more predictable on artificial turf. When playing on a grass pitch, you’ll  probably need
to be fitter, wearing cleats to counter the drag of the grass.
The best advice is practice, practice and practice. When you’re trying to stop a ball passed to you (or most
likely banged up the pitch in the hope it gets to you) trap the ball with your stick held vertical,
straight in front of your shins.

If you stop the ball as you hoped then you’re doing well. If the ball jumps you are likely to deflect
the it sideways (like a jink steal) past the player marking you for a team mate to chase and create an attack.

If you are a defender you may miss the same type of ball and it may well hit your shin pads but at
least you’ll have stopped the attacker getting past you with the ball. 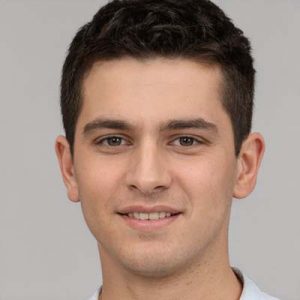 Hi my name is Eddie and this is my Journey! I use this site to share my passion for field hockey. I have played through college with my friends. Follow my updates and discover news, tips and interesting features from the world of field hockey. I have spent many hours researching various topics to help players and fans. 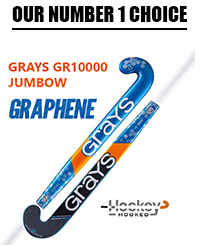